Antigua, a former British colony, has some of the best beaches in the Caribbean, but there is so much more to this island than lounging on the beach or by the pool – from feeding stingrays to discovering hideaway beaches and even zipping through the rainforest, there’s so much to do to make your holiday complete.

Good time to go? Well, it is always good to go when Britain is at its worst in the winter between mid-December and mid-April as Antigua is at its coolest and driest. If you are looking for a deal, try November and early December or in May and June, the weather isn’t radically different. After the heat, July and August is much hotter. September and October is peak season for hurricanes.

Also, if you are into sailing you should try one of the island’s many sailing events, the Classic Yacht Regatta takes place in April, followed by a week of sailing. Or after a full-on party then you need to head to Antigua for the annual Carnival, which takes place at the end of July for 10 days.

Take A Trip To Stingray City

I’ve seen stingrays before at an aquarium but nothing prepared me for how amazing a visit to Stingray City, a dedicated area just a short speedboat ride from the Antigua coast, would be as you get to feed, this scared me a little, and stroke stingrays.

As well as getting to swim, or should I say get knocked over by the stingrays, they know that visitors means food and they are quite strong, one nearly wiped me out when it was my turn feeding them, apparently that means they liked me. I was concerned that it was going to be a netted area of stingrays, but they are willd, they just understand that when a speedboat arrives that so does food and they seemed happy to play in the crystal waters near the coral reef.

I was worried that they had become too reliant on a human feeding them and what happens off-season when tourists don’t come, but they reassured me that someone still visits and makes sure they are ok and well fed, which definitely made me feel a lot better.

History means a lot to Antiguan’s and I loved that the hundred or so stone windmill towers dotted around the island are protected, and they’ve even started restoring a few, including the two at Betty’s Hope, built in 1674 by Sir Christopher Codrington, this was the site of one of the first full-scale sugar plantations on Antigua.

We actually had lunch here as part of the tour, a delicious home cooked picnic under the trees and it added to the beauty of the place, the views are incredible. There is also a small museum sharing the plantation’s history with estate plans, pictures and maps, artifacts and a model of the central site.

Take In The Beauty At Devil’s Bridge

On Antigua’s east coast is a natural bridge with blow holes and a spouting surf, which has eroded over time as the Atlantic Ocean literally crashes into it constantly. This place is extreme nature up close, it made me think we could have been on another planet, it really seems alien in its formation. But no matter how beautiful, the Devil’s Bridge actually gets its name from stories that slaves leaped to their death from the bridge during Antigua’s period of slavery, and that the devil claimed those who leapt off the bridge, so make sure you take a few moments of reflection.

I also loved hearing stories from our guide, who told us that legend says that if you throw two eggs into the water to boil, the devil, who is said to be down there, would keep one and return the other! Sadly I couldn’t try it out as I didn’t have any eggs!!!

We did the Stingray City, Betty’s Hope and Devil’s Bridge as part of an Island Safari 4×4 tour, they picked us up at our hotel, pointed out the sites and showed off the fabulous island, and provided lunch, which was yummy. Our driver/tour guide was a lot of fun and would definitely recommend it, your hotel will be able to organise it for you.

One of our funniest days out had to be when we went on The Eco Tour with Adventure Antigua, not only were we treated to a boat ride around the island, we got to do snorkelling lessons and guided tours around the reefs, we went to a deserted beach and had lunch, we went on a mini hike, did a spot of bird watching the Pelicans are so beautiful, and we even got to bathe in the natural jacuzzi at Hell’s Gate island.

Unlike some of the other tours, which seemed to be a little large in size, there was only 12 of us, so it was intimate and quiet, and unlike most we actually got to get off the boat, which made it more of an excursion.

I can’t rate the crew highly enough, they were really lovely, totally took care of us, taught me how to snorkel, I even got my own private tour of the reef as I was the only beginner in the group, and they were really knowledgable about the island, the wildlife, as well as the pointing out the tourist spots.

Zip Through The Rainforest

If you had told me that I would zip through the rainforest on my honeymoon I would have said you were crazy, but after my initial fear, I was terrified, I really enjoyed the adrenaline rush of the Antigua Rainforest Zip Line Tours.

It’s a little like GoApe but with warmer conditions and hilariously funny instructors who encouraged me around the 13 zip lines, 3 aerial walk way bridges, a crazy ‘leap of faith’ vertical descent, as well as an exhausting challenge course to finish, which really tested my balance and strength.

This is a mid-holiday excursion, you’ve lounged around by the pool and on the beach and this totally wakes you up. The only thing I can say is when there is a cruise ship in the tours can get quite crowded, so maybe check before you go.

Even though we had to contend with a very heavy downpour of liquid sunshine, what the locals call rain, sounds nicer that way doesn’t it, this Georgian naval dockyard really is stunning and not to be missed. Inside the complex is a number of restored buildings including an interesting museum, as well as a number of restaurants, art galleries, boutiques and gift shops. It is also home to some incredible yachts, and watching them while eating lunch in the sun, well in our case dodging the downpour is incredible.

I picked up a few trinkets of our stay here, the shops are so cute, and you can’t leave Antigua without picking up a least one, or in my case 7, turtles, it is the symbol of the island after all and they are so pretty all painted in bright colours.

Have a Romantic Meal On The Beach

Antigua has 365 beaches, one for every day of the year, which is just one of many reasons why this island is such a gorgeous place, which means it shouldn’t be hard to find a secluded spot for a romantic meal for two on the beach. We were lucky Coco Bay Resort was an amazing hotel to stay at, they totally looked after us on our honeymoon, and we actually had a personalised meal and private butler looking after us, it was a gift from our friends for our wedding, and one of the most memorable nights we had on the island.

If your hotel doesn’t, I bet you can organise yourself a little picnic, it doesn’t have to be at night, it was a little more romantic eating by candle light, but just hearing the waves crashing in near where we sat was so incredible and I think it made the food even more tasty. 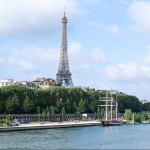